Tiger Woods and the Ryder Cup: why wild cards matter 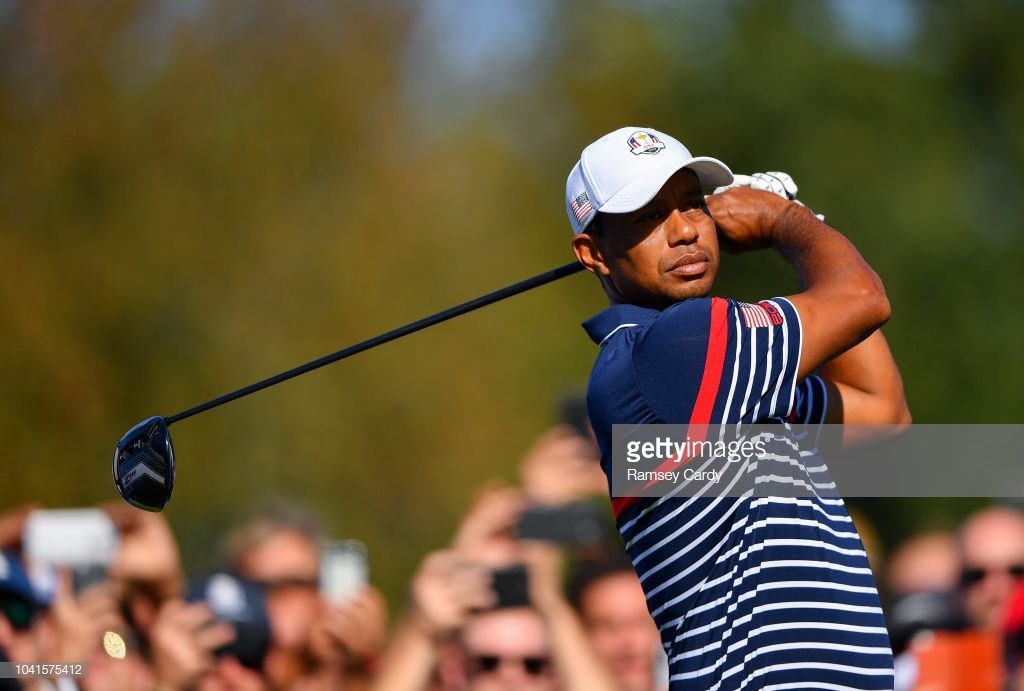 The sense of anticipation for the 2018 Ryder Cup was always high before the US team picked Tiger Woods.

But with the former world number one – and arguably best-known sporting figure on the planet – winning the last big event, the Tour Championship, just before the teams headed for France, part of a career resurgence that is utterly improbable, the cup had a great PR boost.

Interestingly, Tiger Woods has a poor reputation at Ryder Cup golf. Too often he has seemed aloof or uncomfortable with the team spirit of the tournament. This is despite having a decent Ryder Cup record: his total points (pre-2018) is 14.5, which is 9th in the all time US list. However, his points percentage of 44 is the lowest in that list, and fairly middling compared to his peers.

However, his selection as a Captain’s choice – a wild card – is highly significant.

The Ryder Cup works differently to other national team sports. Where team managers can select whomever they like to play for the US soccer team, for the Ryder Cup there is an automatic selection for most of the team, based on a qualifying points system.

However, Ryder Cup captains, who are the equivalent of managers, have some discretion – they get three (in for European team) or four (for the US) selections. And these wild card picks have proved to be disproportionately good.

For the 32 teams that have played Ryder Cup with a captain’s pick, only two have seen those selected players underperform. If we look at the percentage of matches that the wild cards play in each event (not all players can be selected for each round, and each player can play between 1 and 5 matches), and then the percentage of the team’s points that they win, they are a net benefit almost every time. 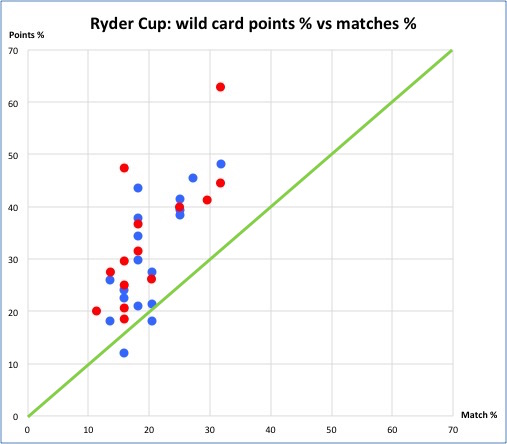 Overall, for all the Ryder Cups where wild cards have been used, the average difference between the percentage points won and matches played is +12. Given their outperformance compared to their teammates, a wild card is probably the most important decision a captain can make.

Whether Woods and the other three US wild cards return the vote of confidence with enough points to win is another matter: the recent European dominance in Ryder Cups may have been reversed in 2016 and the USA team is heavily favoured this time, but Europe have home advantage. The US haven’t won on European soil since 1993.