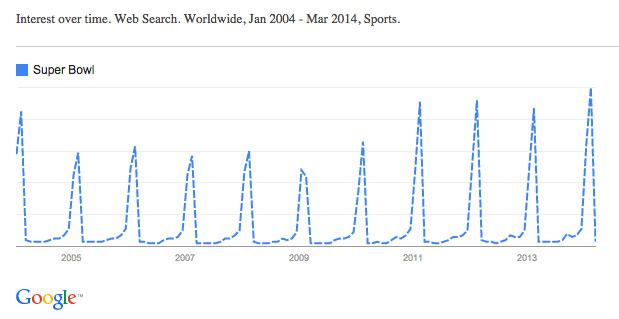 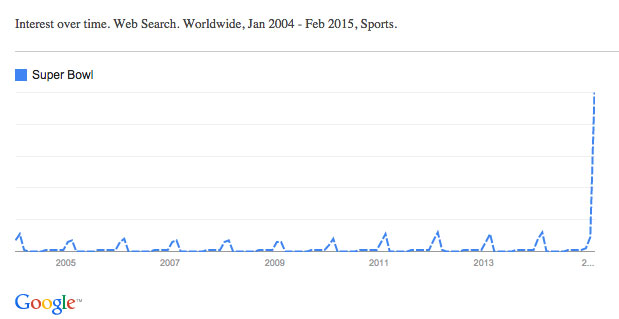 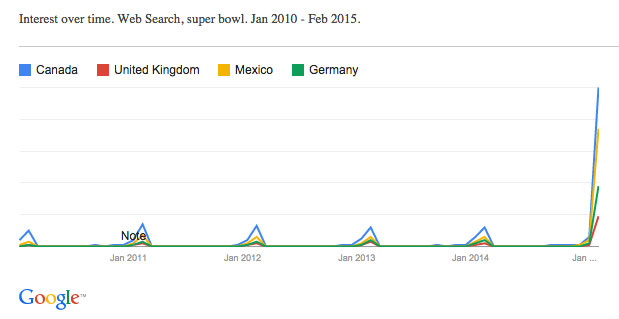 Any piece about the interest around the world in the new royal baby, now named as George, invariably asks why the US cares so much about the UK royal family.

But if web searching is any guide, the US is way less interested than we think. Google trends regional results for the search term “royal baby” show that the US is down in 8th place, behind Italy, for relative search volumes in the last week.

The UK is top, as you would expect. But the rest of that top ten I would not have guessed. Some of the Commonwealth countries (Australia, Canada) – maybe. But Ireland, Singapore and Switzerland in the top 10? Nah.

Tucker vs Carney: the picture from Google

Background: Mark Carney is appointed Governor of the Bank of England ahead of bookies favourite Paul Tucker.

As the news breaks, you can see Google searches for Mark Carney in the UK shoot up from nowhere.