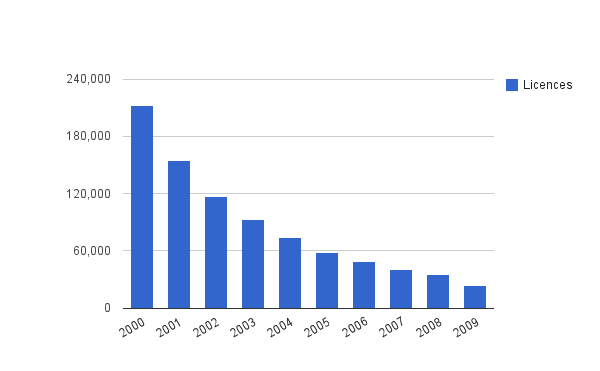 It’s sometimes welcome advice: “Just be yourself.” And it’s quite often well-meant and even useful. But not really for actors, who, lest we forget, are supposed to act.

I have no idea where it started, but you can see the recent path. There was Being John Malkovich, a fantastic surreal film starring John Malkovich as himself. Then there was Curb your enthusiasm, where Seinfeld creator Larry David plays himself, and lots of celebrities also played themselves, undermining their prima-dona egos – and it was one of the best comedy series of all time.

Now the British are in on the act. There was Extras, with Ricky Gervais and friends. Kate Winslet played herself being obsessed about winning an Oscar – that kind of thing. There have been a few similar-ish comedy shows along the way, but now we have The Trip, staring Steve Coogan and Rob Brydon, on a trip, talking, driving, and eating. That’s the extent of it. How much is real and how much is scripted I have no idea.

Extras was on one level acceptable. The celebrity actors were themselves, but the core team were fictional: Andy Millman and co. And it was cringingly funny, and awkward, and rather good.

But The Trip is a stage further on the journey to self-referential hell. Coogan and Brydon are themselves, and that’s it. They mock their own insecurity (or what they think the press and public perceive to be their insecurities), and hope to come across as jolly good sports for being the butt of their own jokes.

But they aren’t that funny. It rambles, goes nowhere, and feels like a tedious Sunday anecdote from a dull uncle. I’m sure they think it’s edgy, but it’s not.

In all these shows there is a point when the clever-clever self-mockery and the postmodern irony of playing yourself playing yourself on screen slips into what is basically laziness. The Trip has crossed the line.

One final thought: Who has appeared in all three of Curb, Extras and the Trip? Step forward Ben Stiller. How long before he has a sitcom where he plays a slightly neurotic actor who wants to be taken seriously called Ben Stiller?

As the X-factor’s dominance of the TV (and therefore our lives) continues unabated, plenty is being written about the contestants, and the cult-like figure of Simon Cowell.

The Observer portrayed him as a bond villain on their magazine cover, but the really interesting picture was the Sgt Pepper style montage inside. Here is a section of it.

How many people do you actually recognise? This, in a nutshell, is the X-factor’s problem and why it will face a key dilemma very soon.

The X-factor has an in-built problem of supply and demand. Not the show itself – it is pure entertainment, coupled with bitchy drama. The demand from viewers for the show is clearly there. It is what the show is supposed to produce, which is a bona-fide popstar for us all to know and recognise.

X-factor is asking us to care about a new person each year. Steve Brookstein, Shayne Ward, Leon Jackson, Joe McElderry: all winners of the UK X-factor, all going nowhere. Leona Lewis is doing well. The jury is still out on Alexandra Burke. And then there’s all the rest.

We don’t have the capacity. We don’t buy the CDs or download enough. We don’t have the emotional room to care about every winner. And it’s not just the winners – JLS and Olly Murs are both now welcomed back to the show as “stars”. They came second. We are also supposed to care about winners of Britain’s got Talent – which produces singers too. Even people booted out before the final are reeled out as stars. Stacey Solomon is now in the jungle, being a “celebrity”.

Pop stars don’t disappear as fast as they used to. In the past they died young, or faded away. Now everyone looks at the Rolling Stones and thinks – why not us? U2 released their first albums in the 1970s – that’s over 30 years ago now. Plus there’s all the comeback tours – the Police, Madness, Take That. It never ends.

We used to need new popstars. There was a replacement rate, much as in a normal population. But like in many developed economies, life-expectancy has increased. A pop career is longer, a pop star is healthier. They will die, artistically and creatively, a lot later. The demographics are no longer stacked in favour of the young – older people are staying with their music, young people have less spending power.

If the programme makers don’t acknowledge the problem, people will get fed up with being told “X is a star” when they clearly aren’t. They have two options: admit that the “prize” is less of a guarantee of stardom, and effectively have a devaluation of the currency, or reduce the supply, and only have a show every two years.

The two-year option isn’t going to fly, as the show makes too much money. But devaluation of the prize undermines the process.

It was once said that pop will eat itself. In this case, it’s more the supply will outstrip demand, and the bubble will burst.