Murray’s US Open victory: in numbers

2: number of players other than Federer, Djokovic or Nadal to win a slam since Marat Safin in 2005. (Murray and Del Potro)

5: Murray won a major in his 5th final, the same as coach Ivan Lendl.

25: winners minus unforced errors deficit for Murray in the final. In all previous rounds he was in credit.

35: break points in the match, with 17 breaks of serve

54: shots in the longest rally of the match.

294: minutes, the longest US Open final, along with Lendl-Wilander in 1988. h/t Guardian. The only longer final in history is the 2012 Australian Open final.

Plus killer fact to give Murray complete credit, h/t John Crace of the Guardian:

When [Federer, Nadal and Djokovic] won their first major they did so against opponents who had never won a major as well. Murray did so against a man who has won five grand slams and was the defending US Open champion. 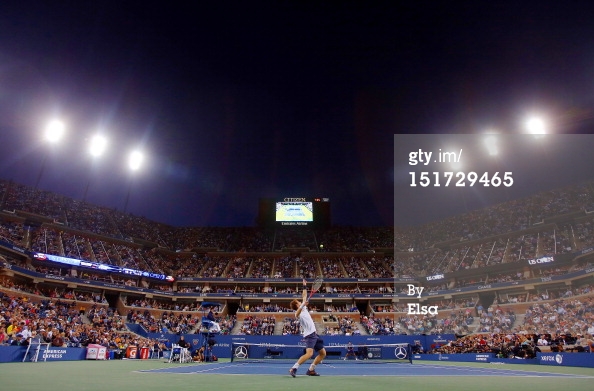 The problem with Ashe