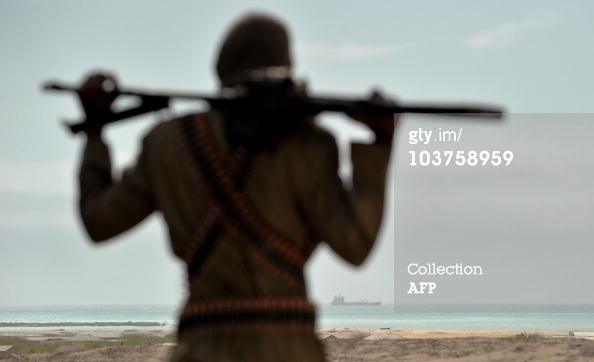 It would be nice to think that the world is a safer place. It certainly wasn’t in 2012 for journalists, who died in record numbers. But in two categories, it looks like the peak may have passed.

So when times are tight, we might expect them to go up – they are fairly drastic measures, although with potentially high rewards.

In recent years, piracy has become a big story, especially in the Gulf of Aden near Somalia, where many incidents have occurred. However, there have been reports recently that piracy is declining – when Somali pirate Mohamed Abdi Hassan called a press conference (yes, a pirate press conference) to say he was retiring earlier this month, that was seen as a watershed moment.

In fact, according to the IMB piracy reports, piracy hasn’t been this low since the 2005-08 period.

What about kidnapping? In the Philippines, there have been reports that in 2012 it has declined. And worldwide, according to the Start database, they are falling too – the data only goes to the end of 2011.

Here’s the chart. It looks like the peak year is 2010. But the 2012 kidnapping figures might change that. 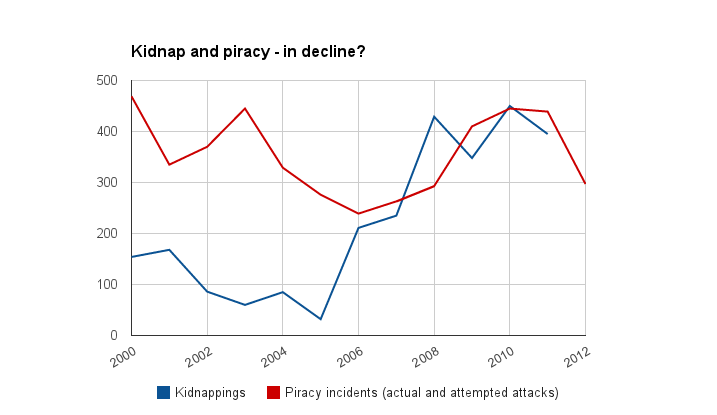