Gary Neville and the lost art of statistics

What is Gary Neville talking about? He seems to think that defending is a lost art, one that is “never coming back”. End of an era stuff.

To be fair, his column on how defensive training in football is dying is very interesting and is full of insights. However the way he uses statistics to back up his argument is very wide of the mark.

Here’s the key paragraph in full:

If you look at the Premier League goalscoring chart, it bursts into the thousands from 2010 on. There were 942 goals in 2009 and 1052 last season. That’s a huge shift. Once you have a five-year trend of more goals being conceded and more scored it starts to look irreversible. It points to a permanent change in the sport.

Sadly, the Telegraph don’t provide the aforementioned chart. If they did, you would see this *: 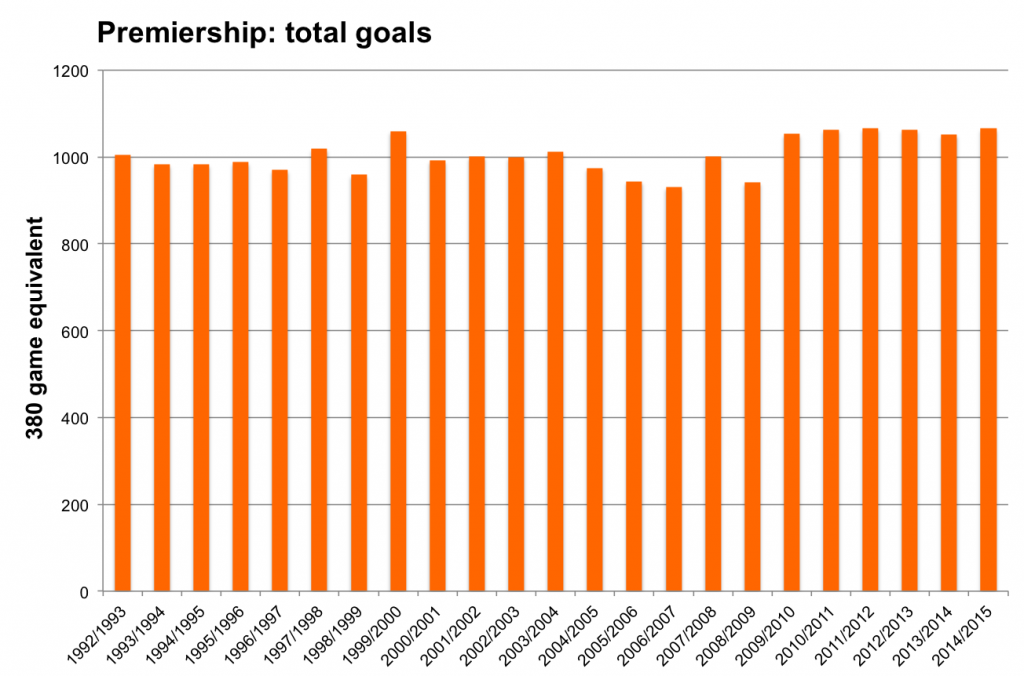 Never mind getting his own era wrong, Neville looks back further:

perhaps the very bold formations and big scorelines of the 1940s and 50s are what we are heading back to. Maybe attacking football was in hibernation during the 70s, 80s and 90s, when organisation and structure prevailed. Maybe now we are seeing football as it was intended. 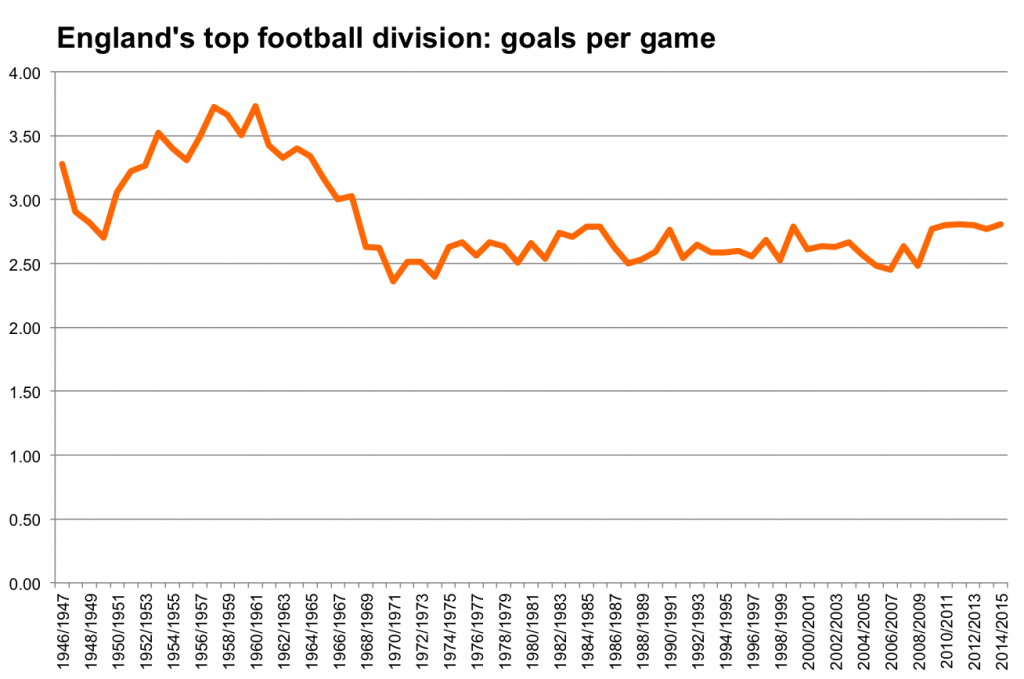 It’s clear from the chart that we have a long way to go before we are at the 3.5-plus goals per game average of the 1950s. It’s just wrong to suggest that is where “we are heading back to” from the data available. Since 1970, there is a very clear goals-per-game level of 2.5 to 2.8. Perhaps we will get up to 3 goals per game – that would be significant. But we are not there yet.

Also, the chart bears no relation to Neville’s assertion that the 1970s, 80s and 90s were a period of attacking hibernation. If so, we are still in hibernation compared to the 1950s.

What we can say with confidence is that the goals-per-season is trending up, slightly. The change from 2009 to 2010 was quite big. But that’s about it.

But why let the real statistics get in the way of a good story? Defending is clearly in the eye of the beholder. Gary Neville was a fine proponent of the art, but his use of numbers is flaky at best.

* I have included the goals per game or 380 game equivalent for the current season.

*** Data is from Worldfootball.net

The economics of kids’ birthday parties