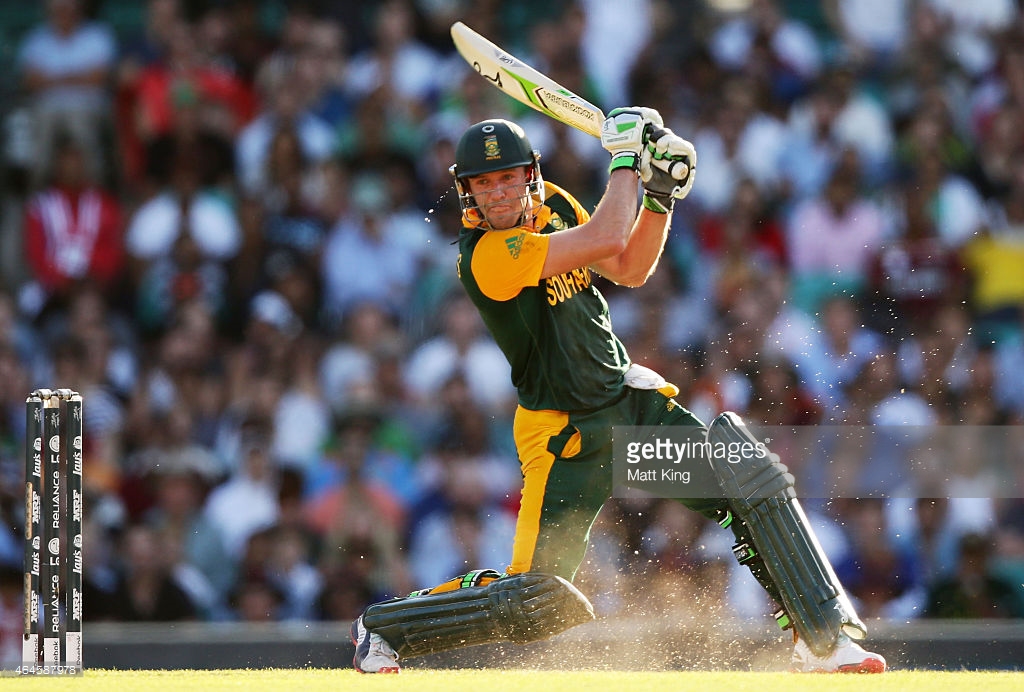 Clearly, there is room for improvement in the 150 record: he got out on 149 in just 42 balls in the first of these record-setting knocks.

The chart below shows the run accumulation per ball for De Villiers’ innings, and the previous record holders, Corey Anderson of New Zealand who hit 100 in 36 balls (also against the poor West Indies), and Shane Watson of Australia (vs Bangladesh) who got 150 in 83. The red arrow shows the improvement in each record. With just one more run in his first knock, De Villiers could have set the 150 mark far faster, as the orange arrow shows.  (The chart shows run-scoring no balls, which don’t count in the official ball tally). 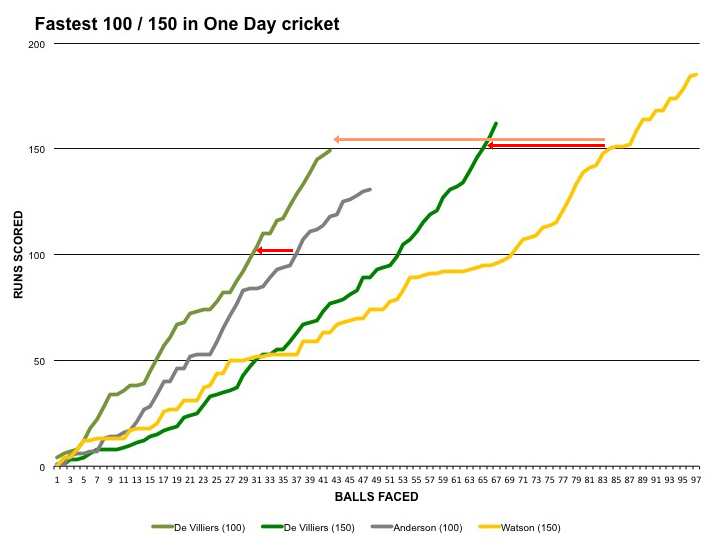 What is also amazing is how fast he accelerates towards the end of the innings.

De Villiers is also the holder of the record for the fastest ODI fifty, in 16 balls – scored in the first part of his record-breaking 100. The fastest 50 record is only counted from the start of a batsman’s innings, not part way through.

However, as a comparison, De Villiers scored his last 50 runs in both these recent matches in just 13 balls. That is simply frightening for the opposition bowlers, and a huge boost at the end of the innings for his team. In the World Cup match just gone, South Africa were on course for around 300-320 runs. Thanks to De Villiers, they racked up 78 in the last three overs alone, scored over 400, and won by over 250 runs.