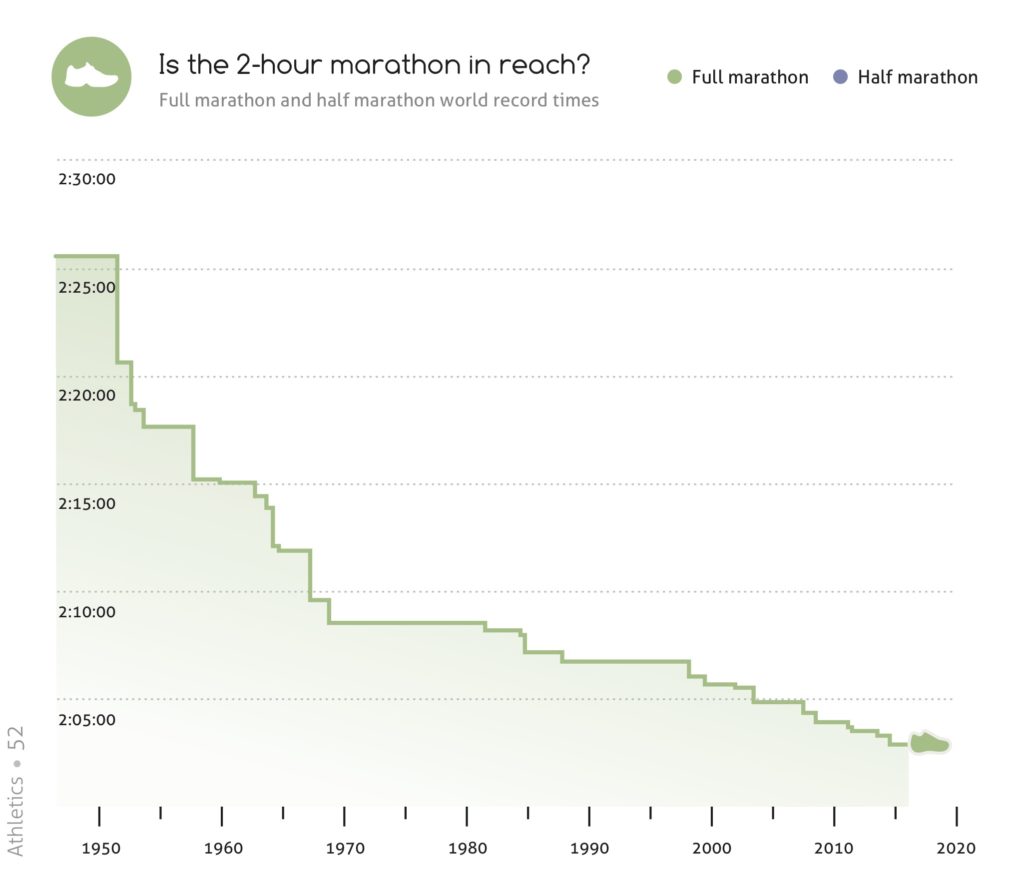 In my book, Sports Geek, I bravely (stupidly?) suggested that the two hour marathon was way out of reach. The reasoning was: we’re getting excited by current times, not looking at context. Also, we are not looking at the half marathon as proxy. As I put it:

… we aren’t learning from the past. If we extrapolated the marathon records set in the 1960s, we would have expected the two-hour mark to be broken back in 1977. Clearly, extrapolation isn’t everything.

A look at the half marathon record progression shows a more consistent pace of improvement. It also shows that to get to 57 minutes, we are looking at many decades, if ever.

This might simply tell us that runners don’t take the half marathon as seriously. Or, it might give us a warning sign not to expect the 2-hour marathon for many years to come.

So to the recent assault on the two-hour mark. Man, that was close. You can call it either way – as Quartz put it, even in a rigged race they failed. Or, it was a fantastic attempt to show what can be done. Regardless, it has put up for discussion the whole limits of performance issue, and may change running for ever.

Is LeBron James better in the playoffs? No, he’s always this good.

Sport Geek #75: the case for legalising drugs in sport