What can Fifa learn from other voting systems? 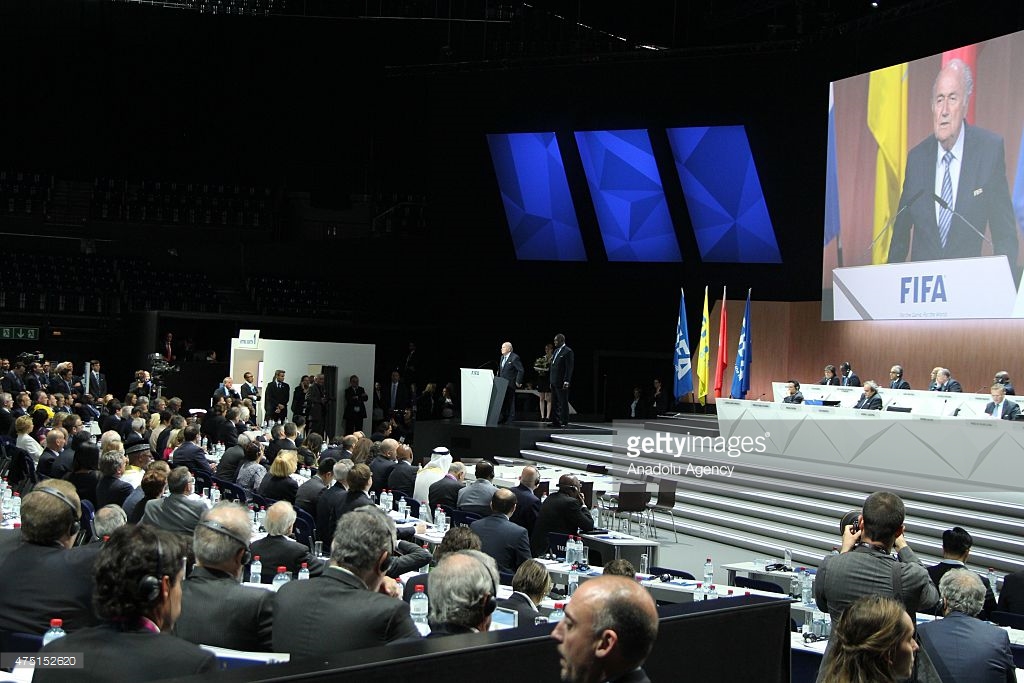 Everyone agrees that Fifa needs to change. But what about the tricky question of members’ votes? In general, the argument seems to go like this:

Is this fair? Looking at the charge sheet from the DOJ, you might think the problem is not Africa and Asia, but South America, which has of course provided 9 of the 20 World Cup winners.  Let’s leave that aside for now – how should the voting system be changed? What systems do other organisations use?

Don’t forget that Fifa’s Executive committee, not the full members, chooses the World Cup hosts. Fifa Congress votes on modifications to the rules, and elects the president.

One member, one vote. So the same as Fifa then. And open to the same problems. As a Bloomberg article put it:

China has the same voting power as Tuvalu despite a population 137,000 times as large… Want to know why small island states, including Tuvalu, are such a constant topic of discussion in UN meetings? Because small island states have such outsize power at the UN.

Very different: the IMF / World Bank uses a quota voting system which allocates votes according to how much each country contributes to the Bank, as well  other factors such as GDP, openness and international reserves. You can see the details here. The system is subject to various demands for tweaks, as some countries gain in size and power – emerging economies want a greater say to go with their greater wealth – so it is open to nagging, rather than wholesale reform.

One member, one vote, but with a bit of a caveat – there are clearly more oil-producing nations than the 11 members of Opec – the US, for one. Opec isn’t exactly a model of openness either. Any Opec model would be akin to kicking everyone out of Fifa bar the biggest dozen or so countries, and then setting a World Cup that the rest of the world had to take part in, assuming they had the resources.

Fifa factor? A clubby cartel of the biggest producers doesn’t sound like a good model for football.

Stay with me on this one. Bidding for World Cups is often referred to as a beauty contest, so how does Miss World work? Well, it doesn’t have members in the same way; the winner is decided by a judging panel of nine people, and their decisions are not published. So not a great example. However, there are a few elements that might be adopted. At least each contestant knows how they scored in each area – World Cup bidders could be marked according to various criteria, which might at least encourage some responsible voting.

Again, stay with me. What has Eurovision got? A fantastic voting system, that’s what. You could call it ‘One member, 58 votes’, as each of the 40 countries allocates 12 points, 10 points, then 8 down to 1 to other countries. Although it is ripe for abuse as countries vote for each other in blocs, it still manages to throw up different winners each year.

What’s not so good is the 50:50 split between a judging panel and a public vote. That’s not going to win any friends amongst Fifa.

Lastly, it’s time to look at another sport. How about cricket? The ICC runs the game on the basis of a committee, where only the 10 Test nations get a say, plus three affiliate nations. But there is also the executive committee which has basically awarded extra power to Australia, England and India. It’s quite confusing. Plus, they can’t organise a World Cup for toffee, changing the format all the time and boring the pants off everyone with long, drawn-out events that are designed to give the bigger sides an easy path.

Fifa factor? Clubby committee might appeal to European grandees, but money issues aside, at least the football World Cup keeps the entertainment levels high, and is a fair game 32-team event. Pass.

Fifa’s smaller members aren’t about to vote for less money and influence. While a few of the lessons could be good (Miss World’s criteria, World Bank weighting), it will be interesting to see if any changes can actually be delivered.