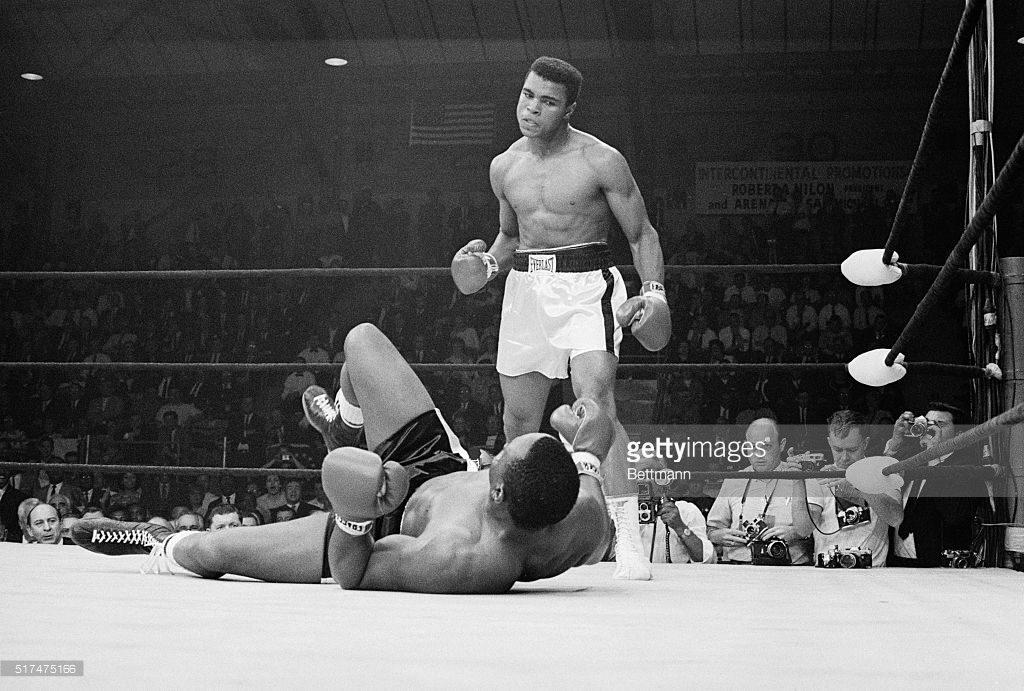 The death of Muhammad Ali has, quite rightly, inspired some fantastic obituaries, which I suggest you read in the section below. Frequently Ali is said to have ‘transcended’ his sport. While it’s hard to disagree, what do we mean by that?

Literally, the definition is (via Merriam Webster):

–  to rise above or go beyond the limits of
–  to triumph over the negative or restrictive aspects of
–  to be prior to, beyond, and above (the universe or material existence)

Ali clearly meets the test: he was a political and religious figure as well as a cultural icon, and a boxer whose fights are legendary. But who since can be said to have transcended his or her sport in a comparable way?

Michael Jordan? Serena Williams? Tiger Woods? All have redefined their sports, and, especially in Williams and Woods cases, have broken racial barriers. Great for the sport – but is that transcending?

Statistical leaders – Jack Nicklaus and Roger Federer, Michael Phelps and Usain Bolt – are amazing sportsmen who have pushed their event to a higher level, but it ends there.

What of those who have, it seems, carried the hopes of an emerging nation? Ayrton Senna, Sachin Tendulkar, Diego Maradona? There is something more transcendent here, yet all seem somehow small when compared to Ali.

Lastly, what of one area where Ali could not make much of an impact: gender? Perhaps Billy Jean King, who did so much for women’s tennis and sport in general, could be said to have transcended her sport. Yet this feels like two parallel careers, whereas Ali’s influence, one feels, exists in more of a continuum, equally comfortable in the ring or on chat shows, or giving voice to political concerns.

This, then, is Ali’s legacy: he was not just an icon – for many of those exist – but an icon for whom all others can never quite compare. Read the obits – they are worth your time. Plus there are 7 other articles to make you feel smarter.

The eccentric genius of his boxing style (Slate)

The man behind the icon: a poignant portrait from his biographer (Guardian)

The Economist’s obit starts with his more unpleasant traits and unpopularity – so how did he end up so loved?

Analysing what made ‘The Greatest’ so great? (BBC)

Plus here are seven things to make you smarter: