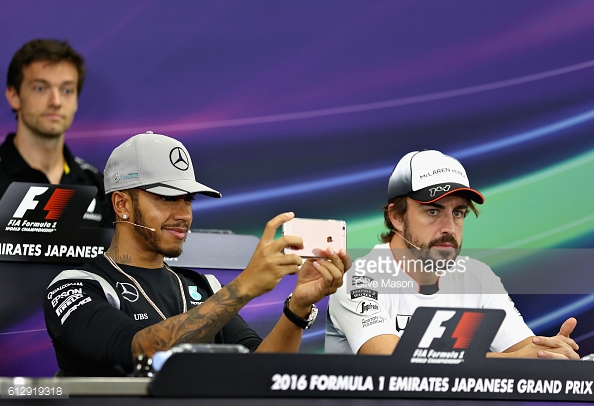 A major sports figure having a media spat is – for the media at least – Christmas come early. Journalists love nothing more than to generate (faux) outrage over the supposed incoherent rantings of once-media darlings.

And so to this week’s overpaid ungrateful spoilt starlet, Lewis Hamilton. What has media outrage Lewis done now?

First, he arsed about (technical term) on Snapchat during a press conference, putting bunny ears on himself and others. Stop laughing, please. And then, after a major media backlash (read: a few critical tweets from journos from the Sun and Times), Lewis doubled down in spectacular fashion at the next press conference. Specifically, he said:

With the utmost respect there are many of you here who are super-supportive of me and I know who they are… There are others who unfortunately often take advantage of certain things. The other day was a super light-hearted thing.

Before we get distracted with the, like, super-affected over-use of the prefix ‘super’, since when are the media supposed to be uncritically supportive?

Lewis has been in the game for long enough to know a few rules. However, here’s a refresher.

Rule one: journalists may flatter and fawn, but they will always revert to “serving the readers” if push comes to shove.

Rule two: journalists still think they are the main conduit to the fans, despite stars being on social media (which journalists use to their own ends too, don’t forget…). Here’s not the time to look at the symbiotic relationship between social and mainstream media. Lewis might not get it, but let’s just admit that ‘papers’ still have clout.

So Lewis should grow up and do the press thing, not because he’s wrong, but because he’s right. Say something provocative and true next time. Perhaps just answer the questions, and you won’t get ridiculed as “Snap prat”. And if it all seems too much, just count the money.