Titles make great players, not the other way round 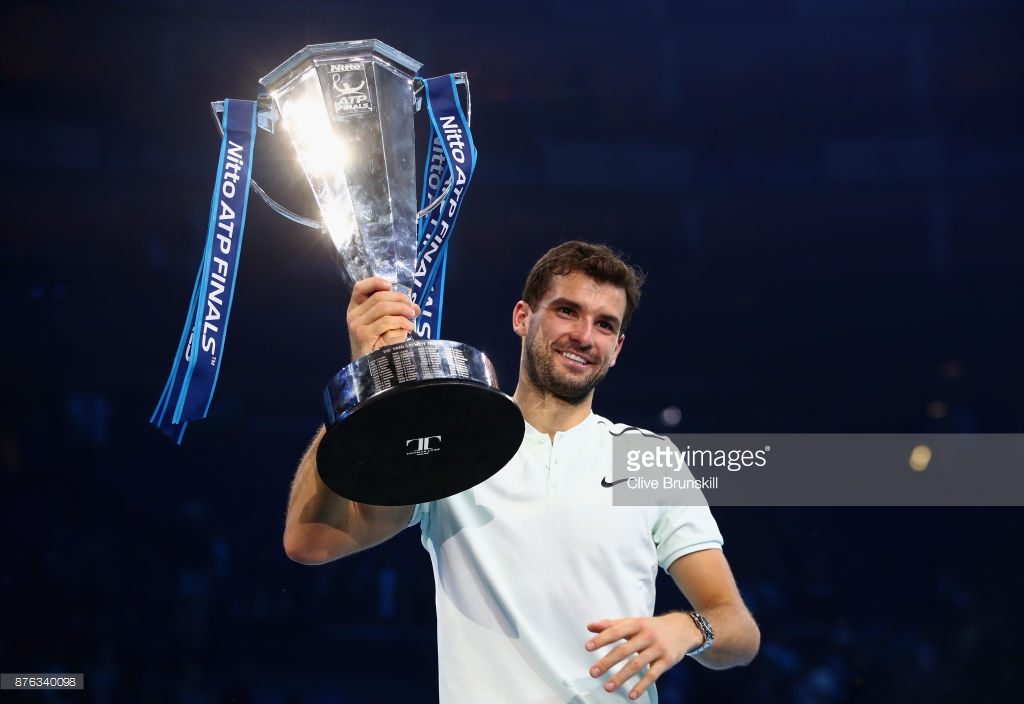 I was at the ATP Finals at the O2 on Sunday, for the excellent Goffin – Dimitrov final. As good as the match was, there was a feeling that the understudies were taking centre stage. No Rafa, no Roger. No Murray or Djokovic.

The lack of “Big 4” players at the end of year finale was acute, made real by their selling power. Djokovic was omnipresent at North Greenwich tube, fronting a Lacoste ad. Inside the 02, the merchandise stall was selling flags – but only the Swiss and Spanish. No Belgium or Bulgaria, the nationalities of the finalists.

#ATPFinals looks like the ATP merchandise dept were banking on a different final. pic.twitter.com/KG6kdSrP4d

Men’s tennis has become complacent. In the year-end tour finals, six of the last 10 years have been exclusively between the Big 4. Their dominance in the Grand Slams is well documented, but as a reminder, since 2006, it’s been only Wawrinka (x3), Cilic and Del Potro that have broken through the hegemony.

Perhaps complacency is harsh – the men’s game has been lucky, blessed even. So when injury and upset take out the big guns, it’s hardly the fault of the men left that they lack gravitas. As several people pointed out, it was the first ATP tour final between two non-grand slam winners.

David Goffin vs Grigor Dimitrov for the 2017 ATP Finals title. The first time in the history of the event that neither finalist has reached a grand slam final before #ATPFinals

Ironically, that had become more likely by the dominance of a few players in the slams. What did we expect? Federer and Nadal to go on for ever?

We have entered an unprecedented stage in tennis. With Federer and Nadal on 19 and 16 majors respectively, and Djokovic on 12, they have transcended the prestige of the events themselves. A final without any of the big 4 (or 5 if you want to count Wawrinka) is somehow diminished. It’s easy to be dismissive. The 2014 US Open final between Cilic and Nishikori? A blip. The ATP Finals with Goffin and Dimitrov? Interesting, but so what?

If Dimitrov lands a major or two in the next few years, it will be tempting to post-rationalise the final just gone as a watershed moment; equally, if he doesn’t, it’s just another of the occasional outliers.

As fans and writers, we need to remind ourselves that it is the title that confers greatness on the players, not the other way around. We do get one-off winners of major titles, and it is legitimate to say that they are not a truly great player until they deliver on the big stage again. But we should be careful not to diminish the achievements of yet-to-be-great players along the way. As much fun as 2017’s greatest hits has been with Federer and Nadal ruling the roost, I would love to see the majors go to a few new winners.