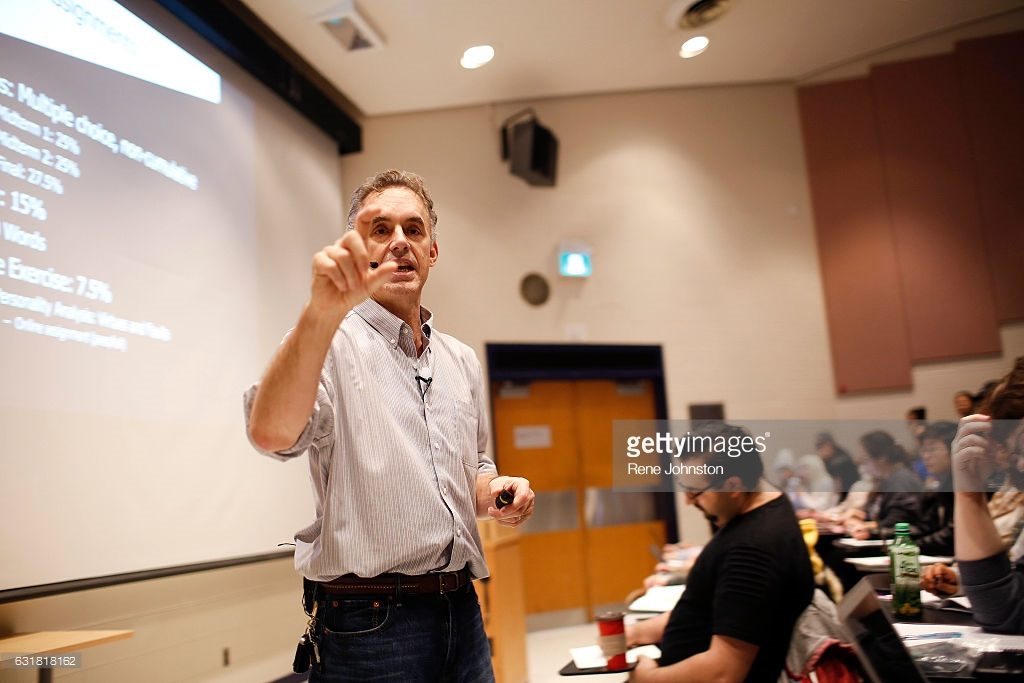 I don’t write to praise Jordan Peterson, nor to bury him. In fact, I don’t care about him at all. What I’m interested in is why everyone else is interested in him.

Lots of articles have been written about Jordan Peterson. If you haven’t heard of him yet, consider yourself lucky: he’s a one-man Baader-Meinhof phenomenon. You’ll see him everywhere now. Outside of the usual suspects of Trump and Megan Markle, he’s possibly the most-profiled figure of the last year, certainly of 2018.

His opinions aren’t important here. Sure, he’s got stuff to say that seems highly relevant in the current cultural climate. He opines on transgenderism, gender pay gaps, free speech, feckless male youth. He’s like a human Rorschach test – you can see whatever you want in Peterson. He’s a feisty Canadian professor fighting battles on campus, a self-help guru, a fraud, a clinical psychologist, an intellectual, an alt-right darling, a free-speech muscle-for-hire. Take your pick.

(The other thing to note is that Peterson has one key skill. Like Malcolm Gladwell, he makes the reader or listener feel cleverer, as if they are in on a secret. It’s the opposite of patronising. It might be superficial, or bogus – or insightful and brilliant. I don’t care. It’s very effective. )

How curious about Jordan Peterson are we, and how has it changed? Let’s see what Google has to say: 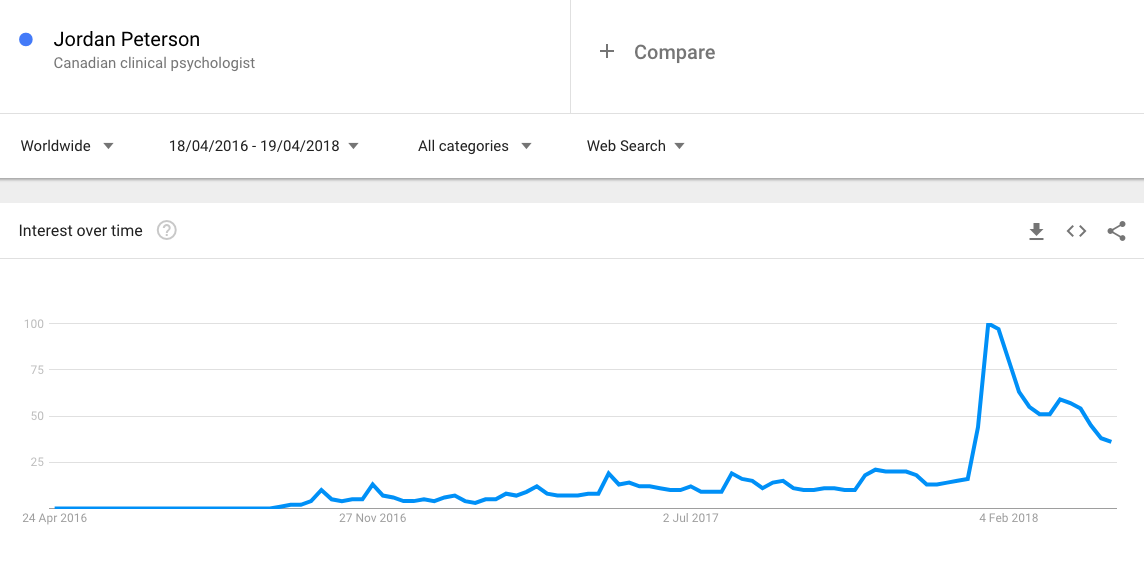 And how many Twitter followers has Peterson had over time? 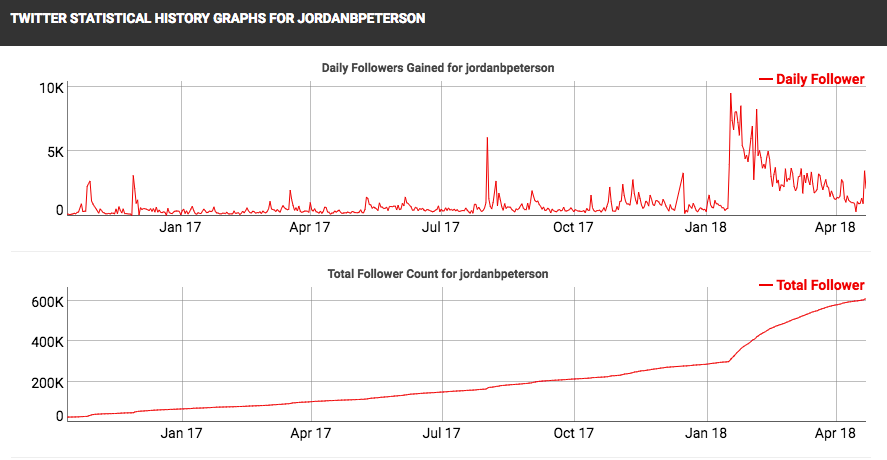 Same again – late January he gains a lot of followers.

Is our interested piqued by the media, or do the media follow what we search? Here’s how many times he’s been mentioned in the press over the last year. 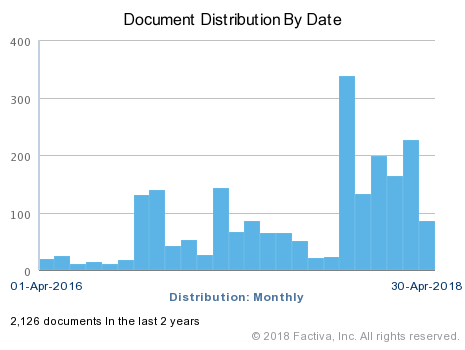 Again, 2018 is a big leap in articles mentioning Peterson. Crucially though, the spike here predates the online interest. There were 300+ mentions in November, way more than any other month, although January and March are second and third (with 225 and 198).

It all adds up for Peterson. Here are his book sales for 12 Rules for Life. 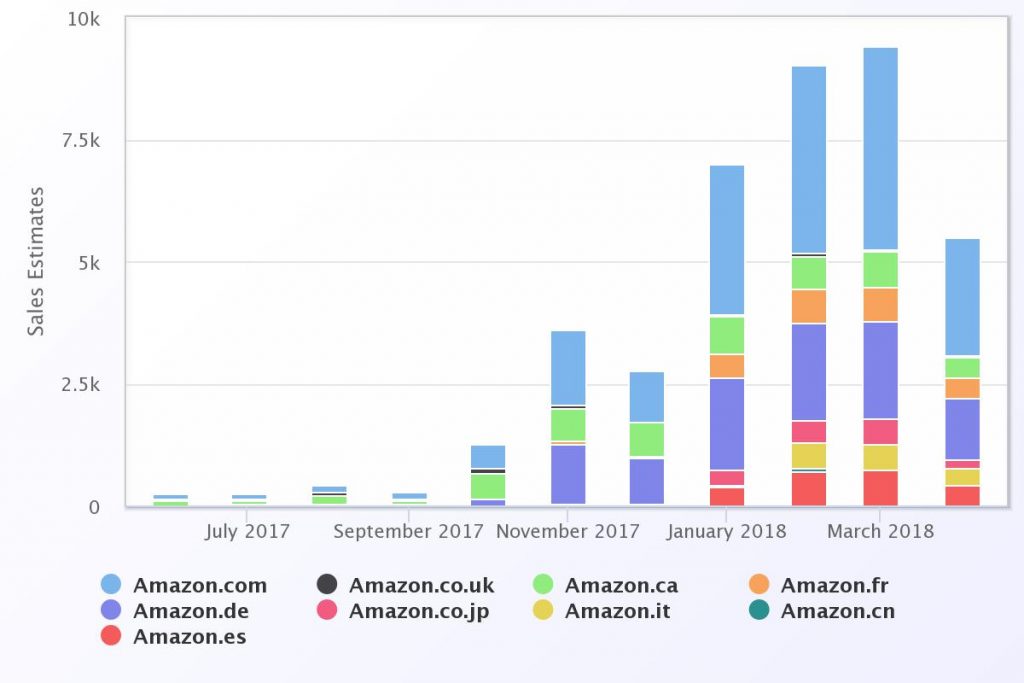 Book sales in March catch up after the interest online and articles. (That’s not a surprise.)

In the charts above there is a clear spike. And that is one of the key moments of 2018, in late January. This is the date of the (in)famous Channel 4 interview with Cathy Newman. It’s been watched 9 million times. That’s a lot for a head-to-head.

The interview has been described in very unfavourable terms for Newman. Her questioning was, I agree, poor. But it has become more than an interview: it is now a rallying cry for those who see the media as biased; it gained Newman horrendous criticism and attacks; and it has been dissected to the nth degree, far further than it merited.

It also is a catalyst for Peterson interest. Without that interview, would we have had the flurry of articles, the profiles in the Telegraph, BBC and Guardian among so many others? The key thing to note here is that although the bigger profile pieces have come recently, the highest point in terms of article mentions was in November.

Peterson’s popularity has been talked of in viral terms. The data would suggest otherwise – the media articles came first, and the online spike in interest is clearly after the C4 Newman interview. He is a product of a traditional media bandwagon, not an online phenomenon.

I believe this is a case of filling a vacuum. Politics has become ever more polarised, distrust of media is high and rising, and there is a dearth of public intellectuals. We are crying out for this stuff. It’s intoxicating. But the media spotted it first, not the other way around.

Titles make great players, not the other way round

How long do Home Secretaries last?